Wedi products are waterproof all the way through, unlike competitive shower systems.

Get A Free Quote

Primo shower bases are standard shower bases that typically require the use of a curb.  All have a minimum 1/4” per foot of slope from the perimeter to the drain.

All Primo showers are CNC cut from a single chunk of XPS foam.  The tilable surface is shaped so that there are 4 triangles that each slope equally from the outside edge along the wall to the drain.

This “faceted” design allows the use of large format tiles where the only mandatory grout joint is from the corner to the drain as seen in the image.  Mosaics and smaller tiles will seamlessly flow across the surface as well, so you can use virtually any tile on the shower floor. 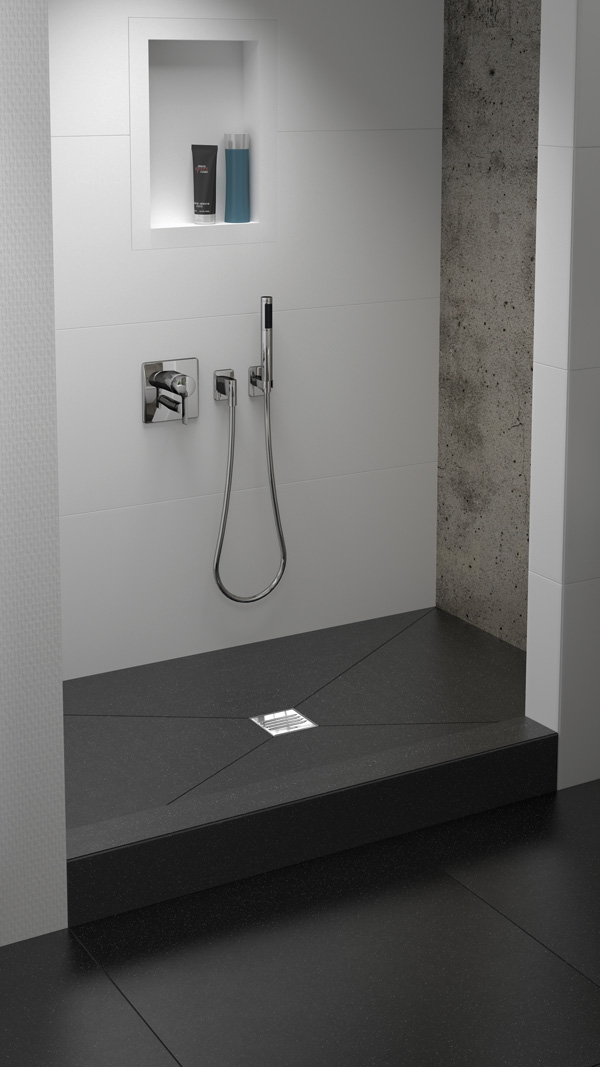 The trendy new design in showers is “barrier free” or “curbless”.   In the past, there’s not been an absolutely reliable system available.  Wedi changed all this with their Ligno series of bases.

Fundo Ligno bases are only 3/4” thick at the perimeter but still maintain the TCNA recommended 1/4” per foot slope to the drain.

Rather than the shower waterproofing components sitting on top of the subfloor, wedi’s Ligno essentially replaces the subfloor where the shower is going to be.  Then wedi’s 3/4” thick Fundo Ligno base finishes flush with the subfloor outside the shower area for a seamless, and “curbless” transition from outer floor to shower floor.

Like the Fundo Primo bases, the Fundo Ligno bases can also be cut to fit the opening or shape with some limitations, and there are Fundo Ligno specific shower extensions if you need to go bigger or manipulate the drain location. 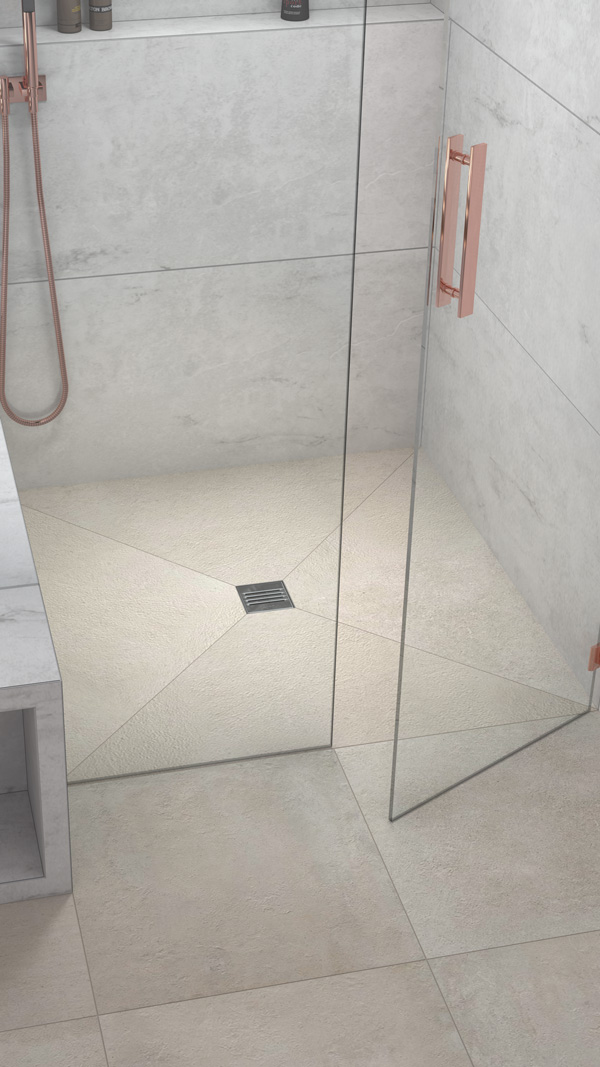 Another popular design choice in showers is the Trench drain, also known as a Trough or Linear Drain system.  Wedi has that covered as well with their Riolito shower bases.

Because the Riolito and Riolito Neo bases can be up to 2 3/4” thick at the perimeter, it is necessary to use a curb with these bases.

The Fundo Riolito is a fixed dimension base like the Primo and Ligno bases.  The trench drain itself is located along one edge while the rest of the base will be sloped to the drain at the minimum of 1/4” per foot.

Due to the location of the drain and the extreme angles at the drain end of the shower, it’s not recommended that these bases be cut to fit.  For applications where the standard sizes of the Fundo Riolito base isn’t a good fit, the Riolito Neo modular base could be the best option.

This modularity opens a whole new dimension of design ideas.  The drain can be located virtually anywhere in the shower and the extension panels are used to fill the space from the drain to the walls.  It’s also a great system when planning a gang shower or a “His & Hers” shower where two drains are needed. 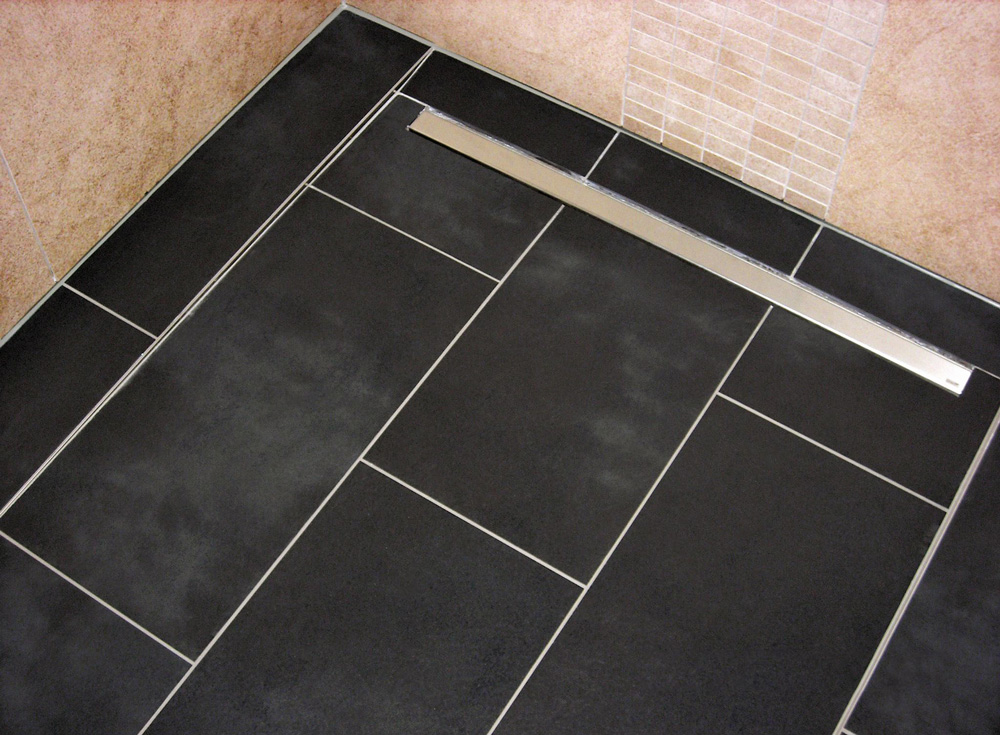 If your shower space doesn’t fit a standard base, you may use a Fundo Straight Ext to fill needed space.

There is no better name in Glass Block. Cincinnati Glass Block provides block, installation, & consulting/design. For contractors we offer training classes. Contact us now and see how Glass Block can improve your home or business.